The Green Transition and the Community & Voluntary Sector.

‘Every home, every community, every workplace and every farm must be mobilised to get involved’  Government of Ireland Climate Action Plan. 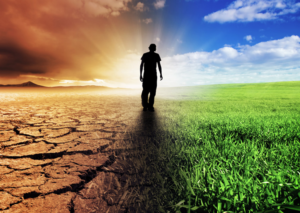 Hopefully, at this stage, we are sufficiently beyond denial that we are in a climate crisis – not facing a climate crisis – but actually in it. Hopefully enough people now realise the clock is ticking and there is no time to waste. Hopefully, too, there is also a growing realisation that we all have a part to play, from the individual to the large corporate organisation.

Given that there are about 30,000 charities, community, voluntary and non-government organisations in Ireland, the sector also has an important role to play in reducing greenhouse gas emissions, lessening our impact on the environment and supporting climate justice.

This decade is described as a decade of action to address climate change, and the green transition is a journey to sustainability. So where might an organisation start? Perhaps a starting point is to talk about it in an organised way and identify initial actions, and then talk some more and identify the next steps. Each time taking bigger and bolder steps, not waiting for change but anticipating it, not waiting until the end of the decade but beginning to create the future we want, now.

This website uses cookies to improve your experience while you navigate through the website. Out of these, the cookies that are categorized as necessary are stored on your browser as they are essential for the working of basic functionalities of the website. We also use third-party cookies that help us analyze and understand how you use this website. These cookies will be stored in your browser only with your consent. You also have the option to opt-out of these cookies. But opting out of some of these cookies may affect your browsing experience.
Necessary Always Enabled
Necessary cookies are absolutely essential for the website to function properly. This category only includes cookies that ensures basic functionalities and security features of the website. These cookies do not store any personal information.
Non-necessary
Any cookies that may not be particularly necessary for the website to function and is used specifically to collect user personal data via analytics, ads, other embedded contents are termed as non-necessary cookies. It is mandatory to procure user consent prior to running these cookies on your website.
SAVE & ACCEPT
%d bloggers like this: